After going to bed at 11, I was awake for a pee at 2am and never got back to sleep – spent 3 hours tossing, turning, hot then cold, made tea, read kindle, read iPad, still unable to sleep, now very worried that I’ll be asleep when driving and it will mess up tomorrow night too.  My sleeping habits are becoming a disaster. It’s just 6am as I write this and the day has yet to start – could be a long one instead of the easy one we hoped for.
Knackered from lack of sleep, but we left around 10.15 and drove out of Amarillo onto I- 40 and away to Vega where we found a café from a previous trip and had breakfast.  Pancakes rather than eggs for a change were the order of the day. Later discovered that I must have left my WF hat there – bugger!  Mick drove most of the way as I was feeling zombie – I did a one hour stint in middle. Arrived at 2:30, easy drive and weather not as bad as we had expected e.g. no sign of snow except high up on distant mountains.  Desert and scrub terrain with mesas and red rock.  Arrived at Plaza Hotel (of Longmire fame) and went for a stroll.  This town is dying, old historic part is all antiques and rest is very run down. Had a walk, later had salad dinner and played a lot of crib. Score now 4-8. Unable to get a drink in the bar after 8pm – what’s that about!?   Realising the difference between Airbnb and hotels – latter offer little and are overpriced. 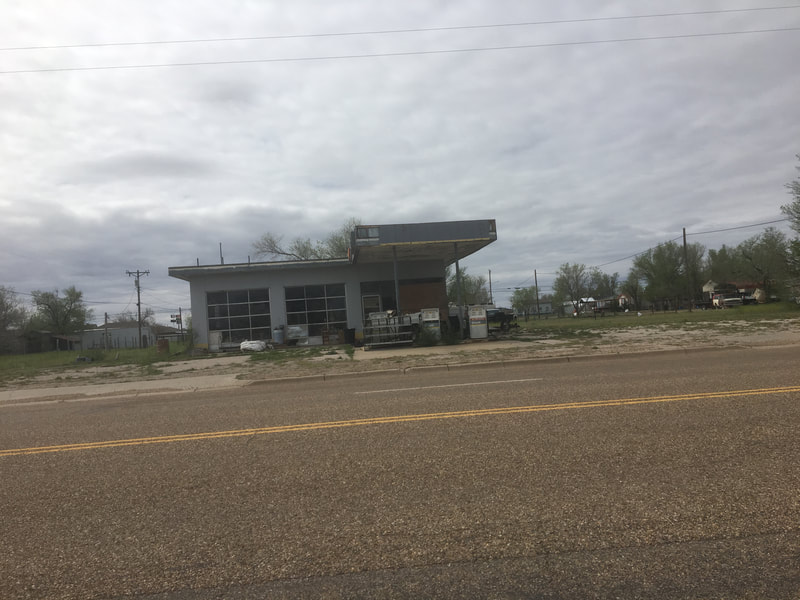 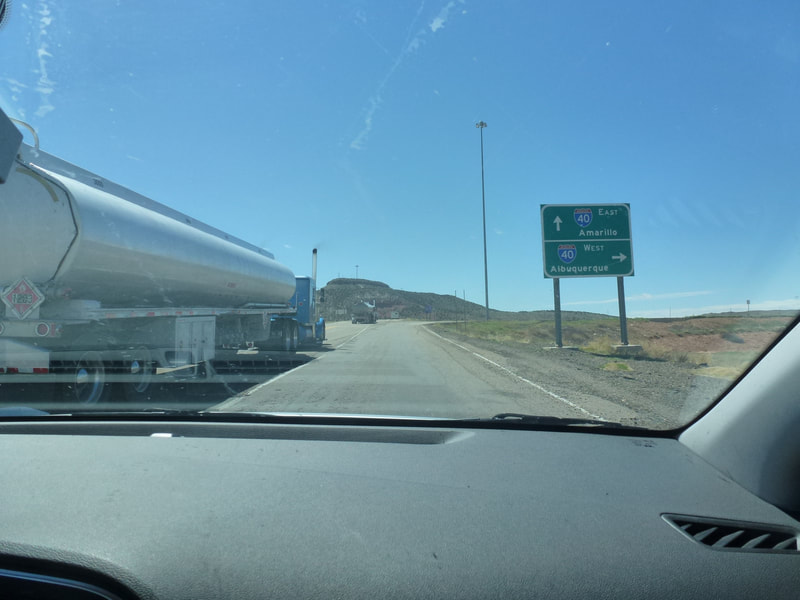 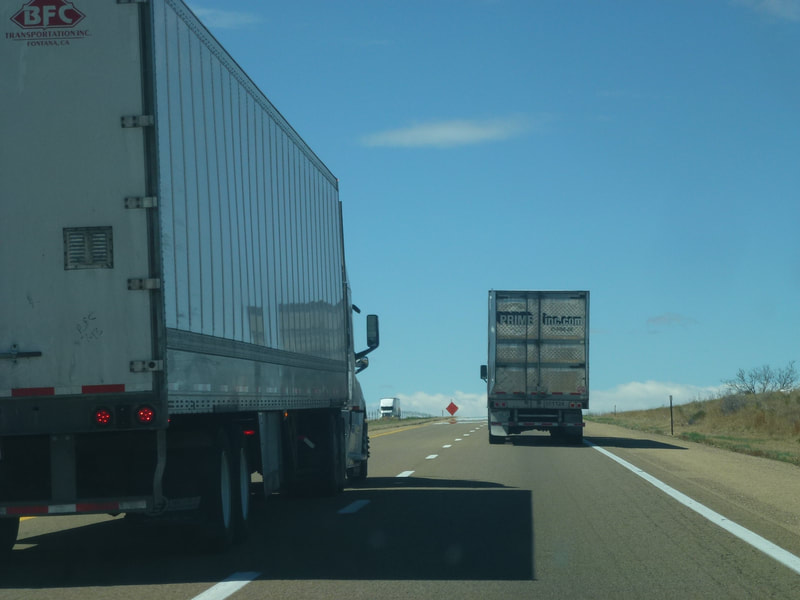 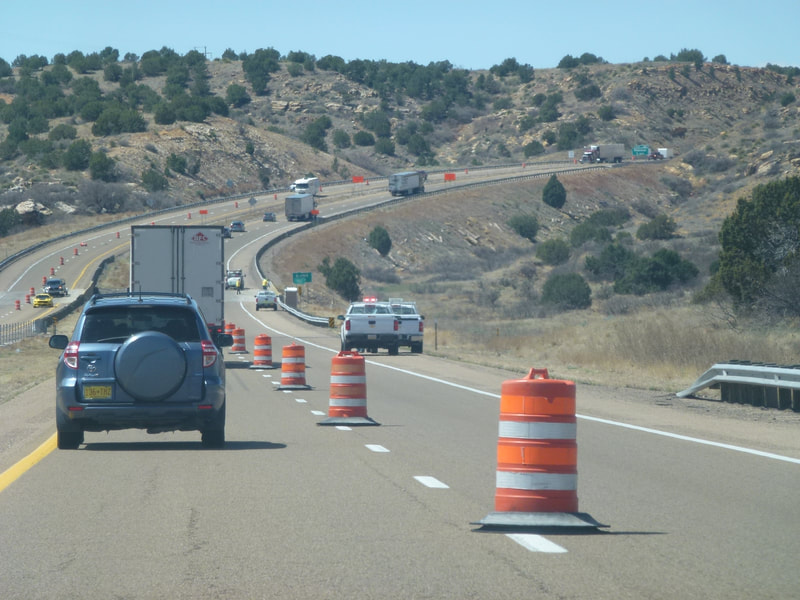 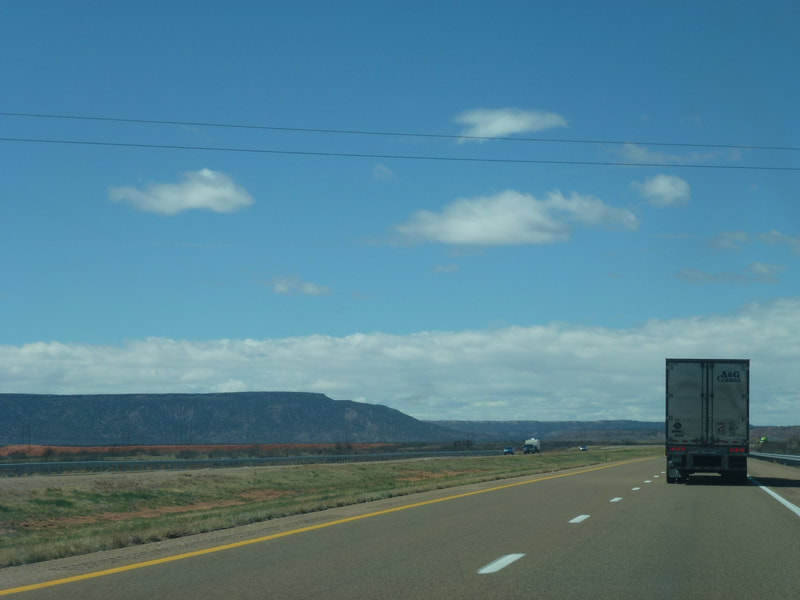 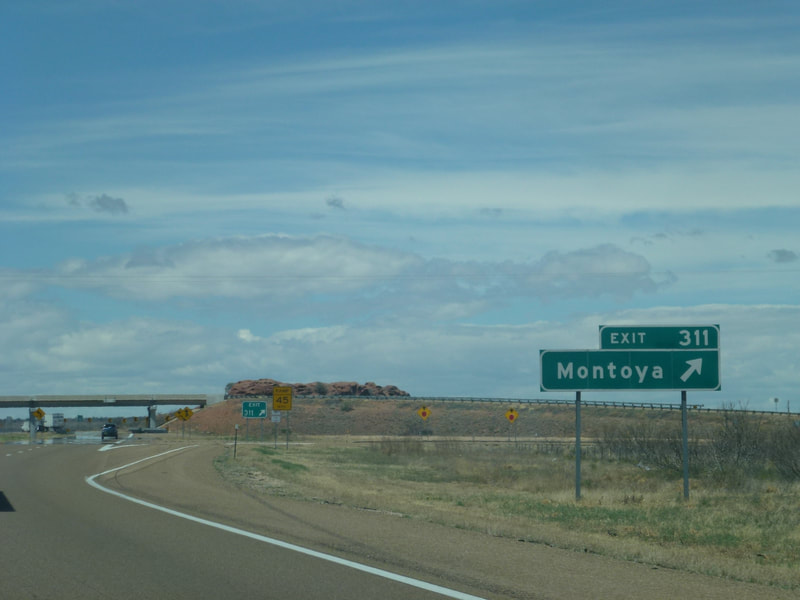 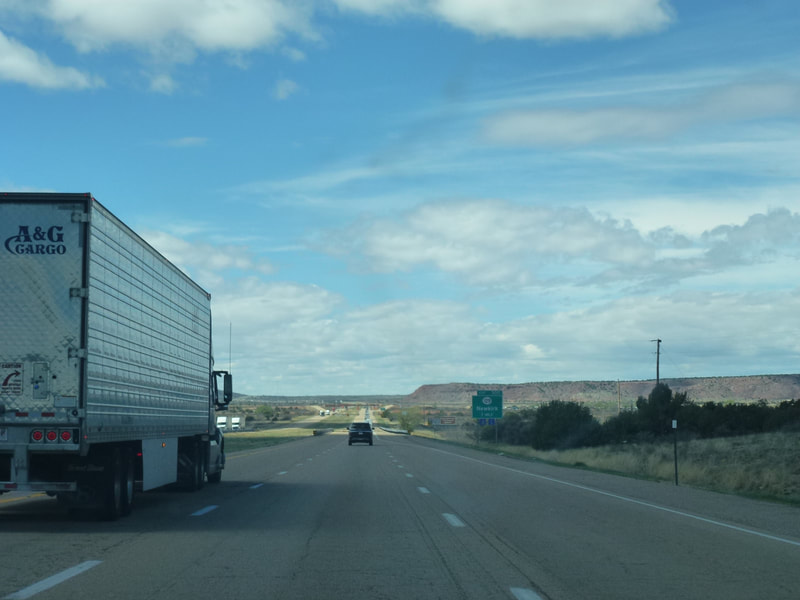 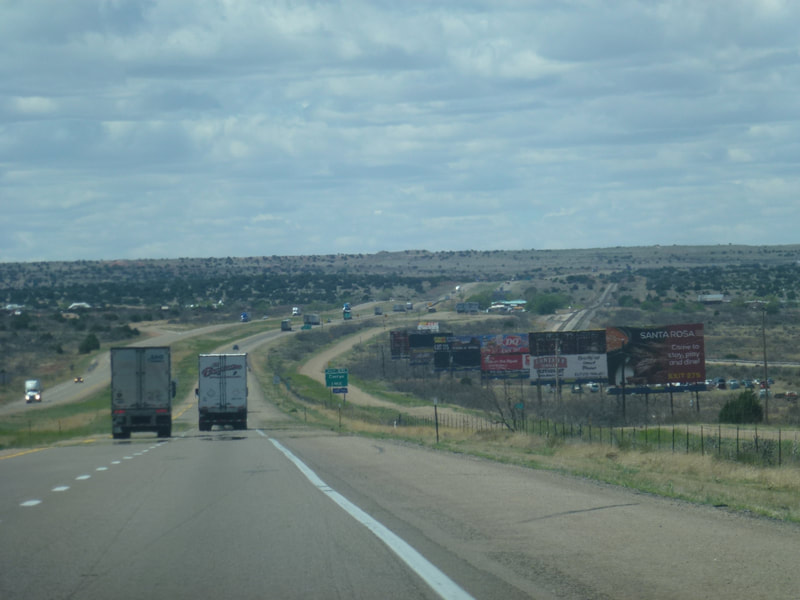 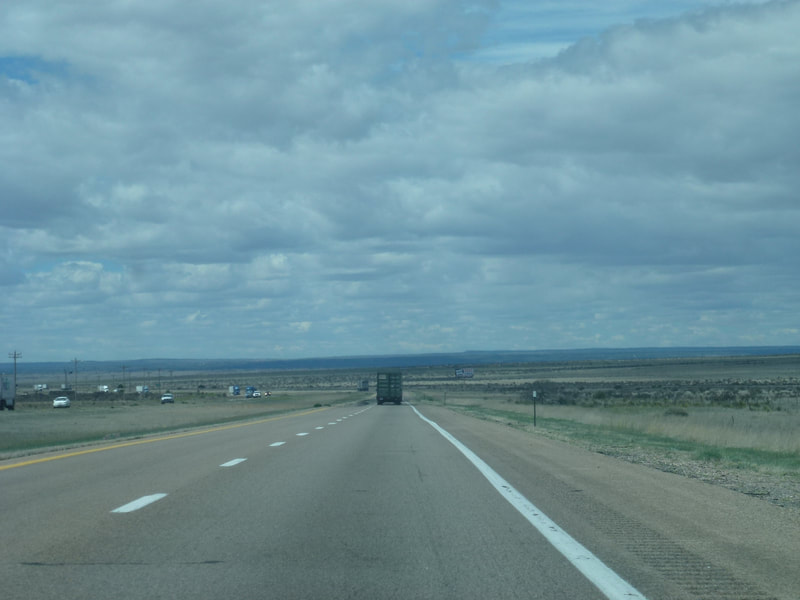 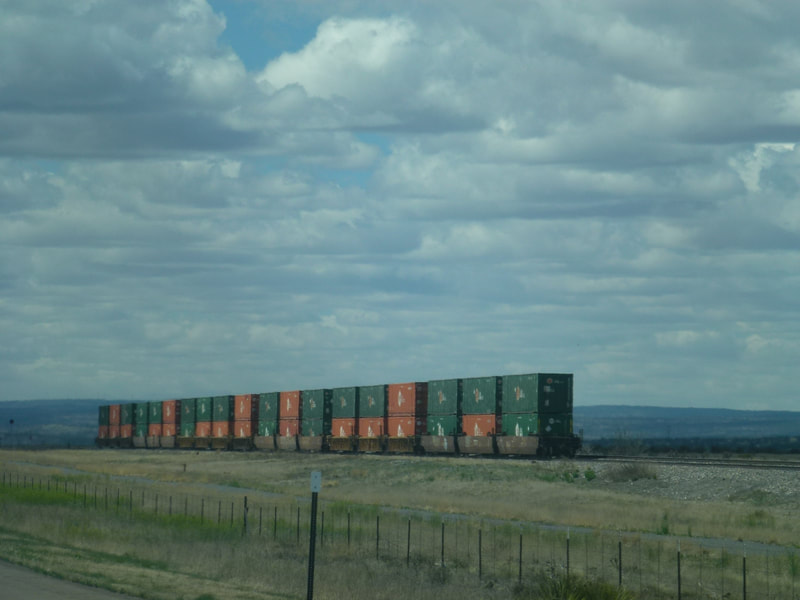 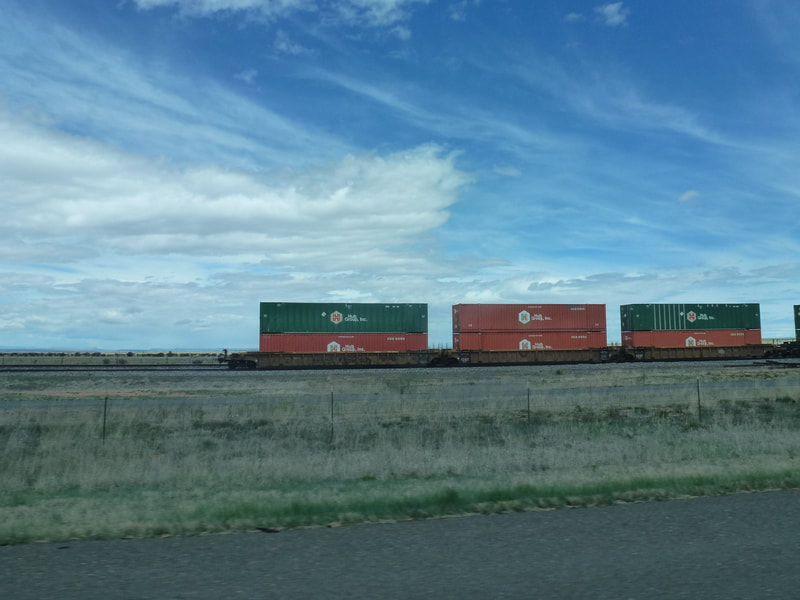 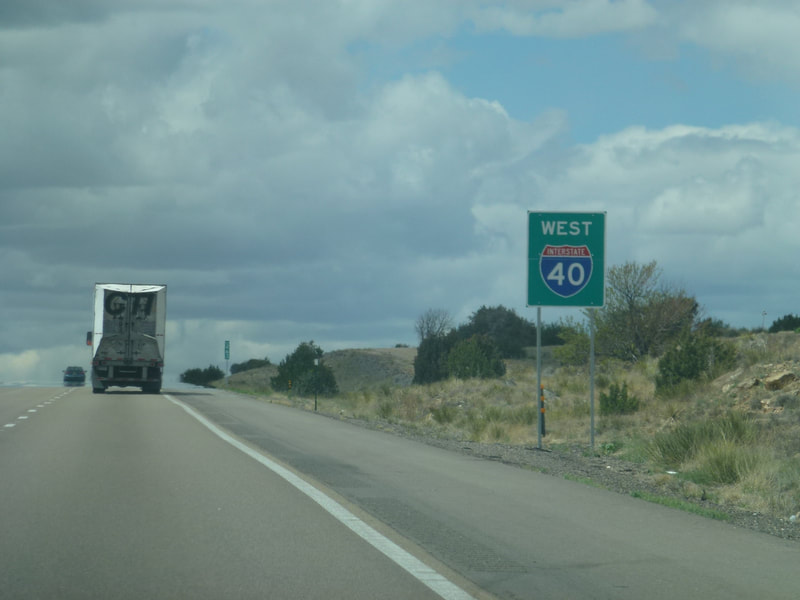 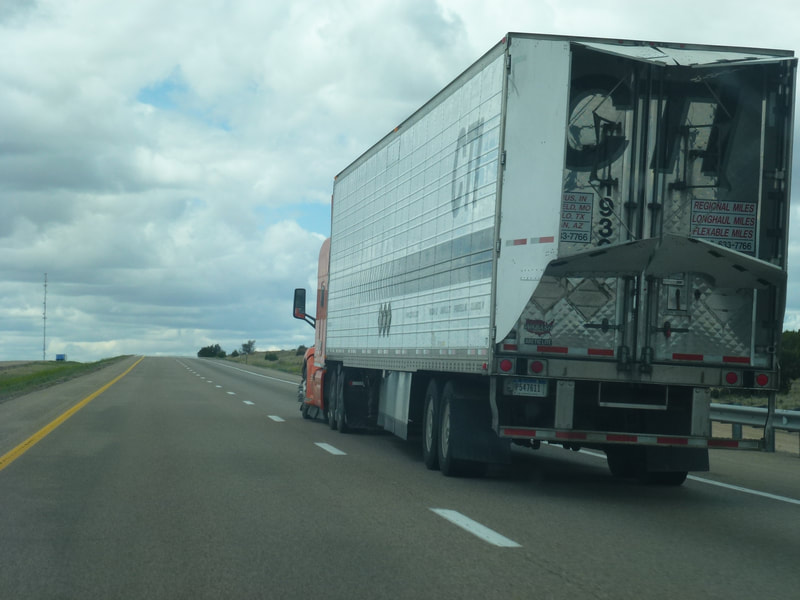 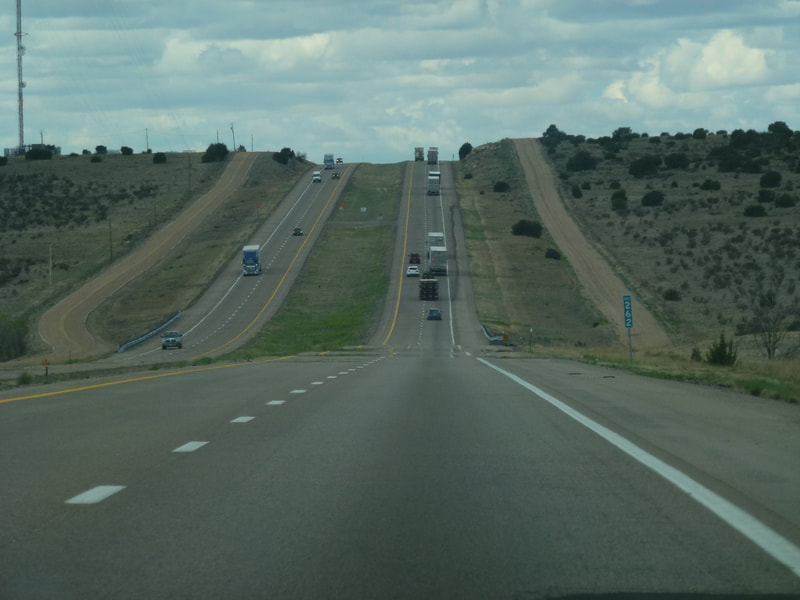 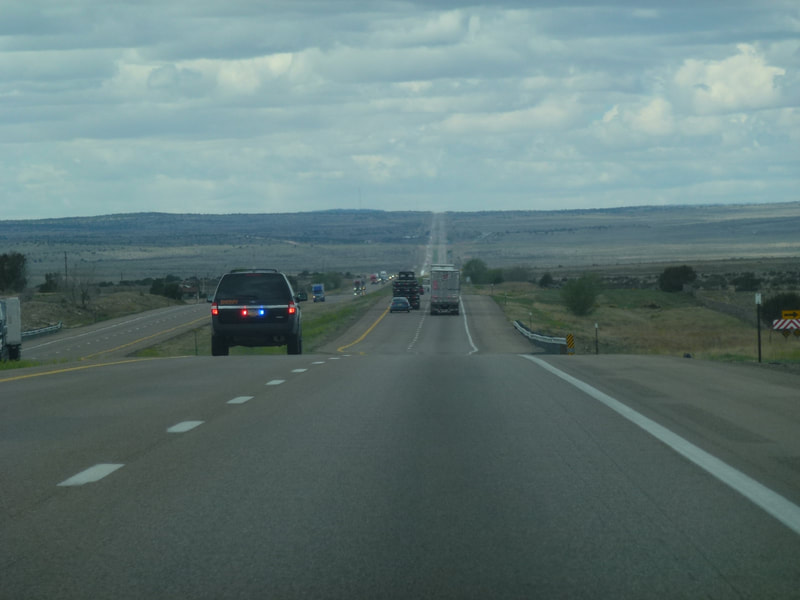 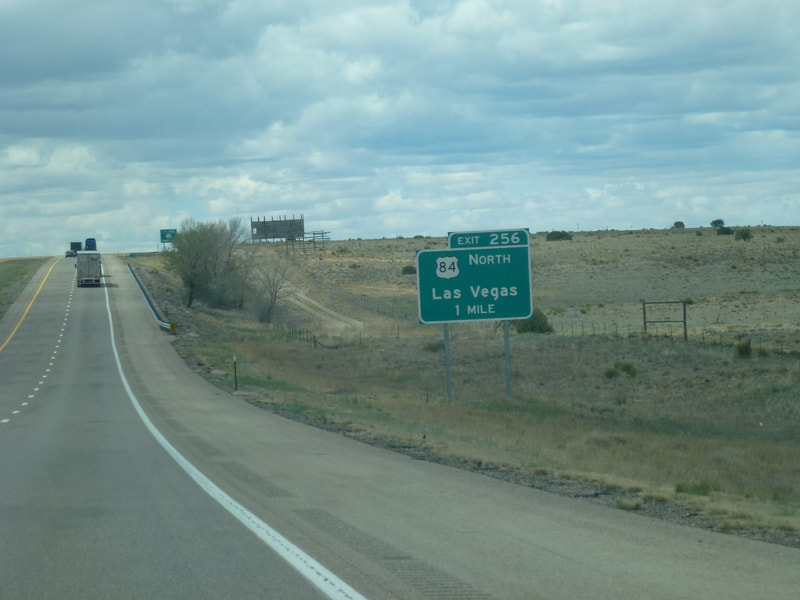 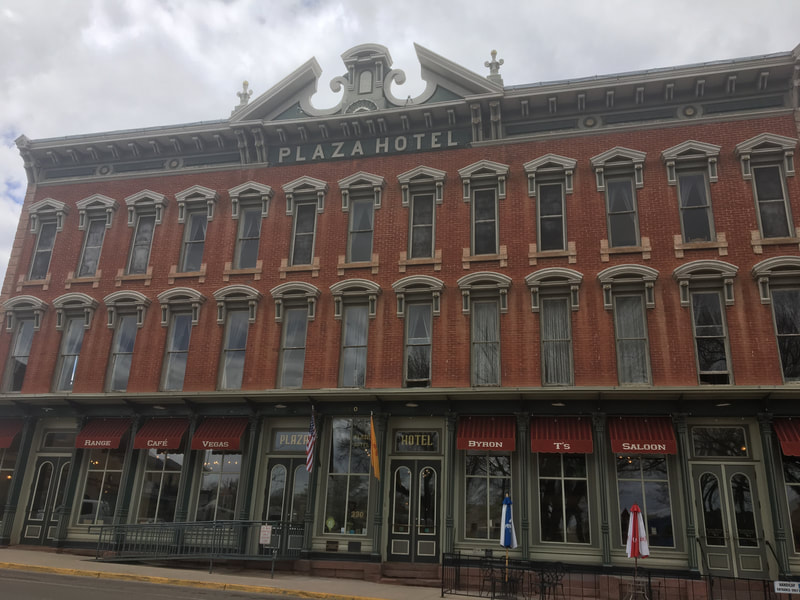 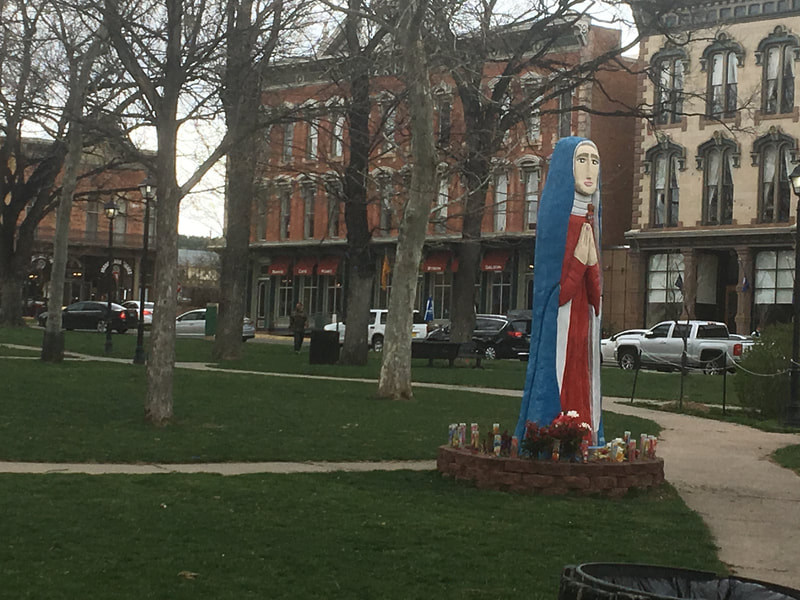 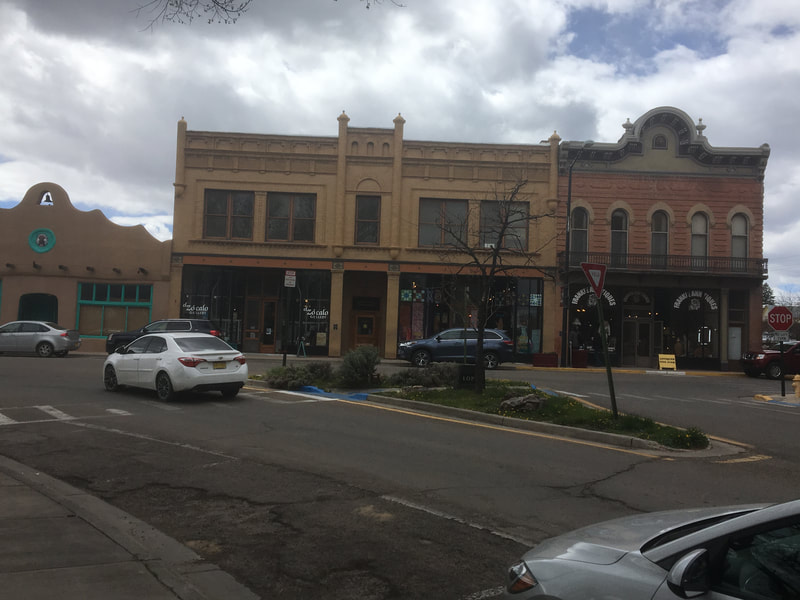 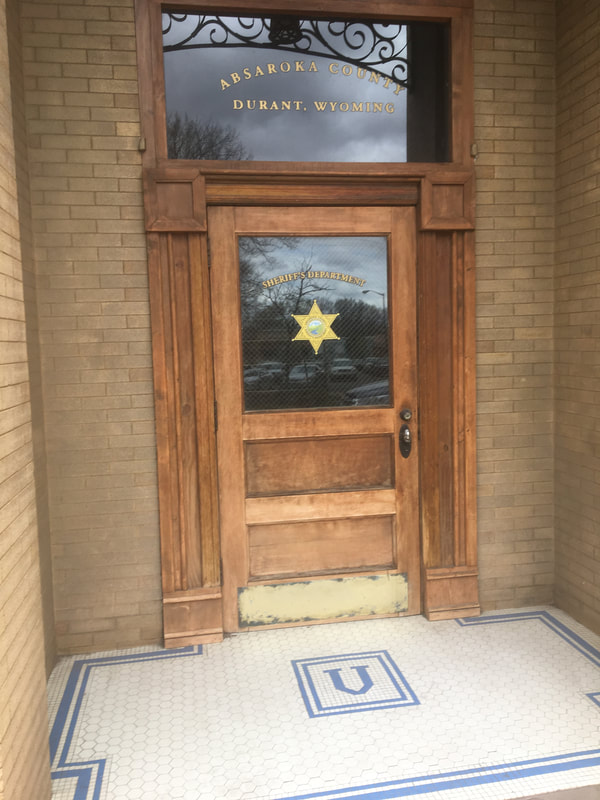 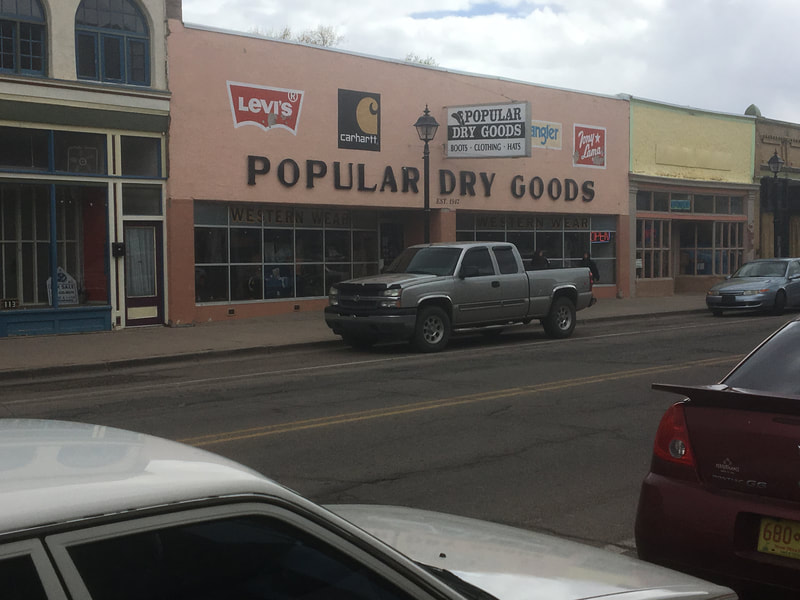