Awake early, at 5:30. Read for an hour.  We got up and set off for the City at around 9am.  Drove to Concord, paid $10 to park all day and hopped on BART. Got off at Powell and began walking up the hill on the cable car route.  Stopped at pleasant café for a good breakfast – I had French toast and strawberries – and a not so good one – Mick had oatmeal with half a banana sliced in it.  Set off again but Mick tried to sneakily skirt around the hills by going via Chinatown. Persuaded him that it would be good for us to go up the steep way and over the top.  Went and looked at Lombard St. then made our way down to Fisherman’s Wharf and Pier 39. Mick struggling a bit to keep walking – needed a break.  Found a coffee place further along and looked in the excellent interactive museum which used to be out at GG Bridge.
Met up with Harriet at Soma Eats in the City. She revealed that she has bought a house for £2.4m and is renting hers at $6000 per month. Also that she has a dodgy heartbeat which may need surgery to correct.  Left her at 5pm and hopped on BART at Embarcadero – busy but home by 6:30.  Chatted for a while with Carylon – discussed the book briefly, then she set off for Vanessa’s and we played two games of crib, 1-1. Need an early night as we have flight to Boston at 7:35am. 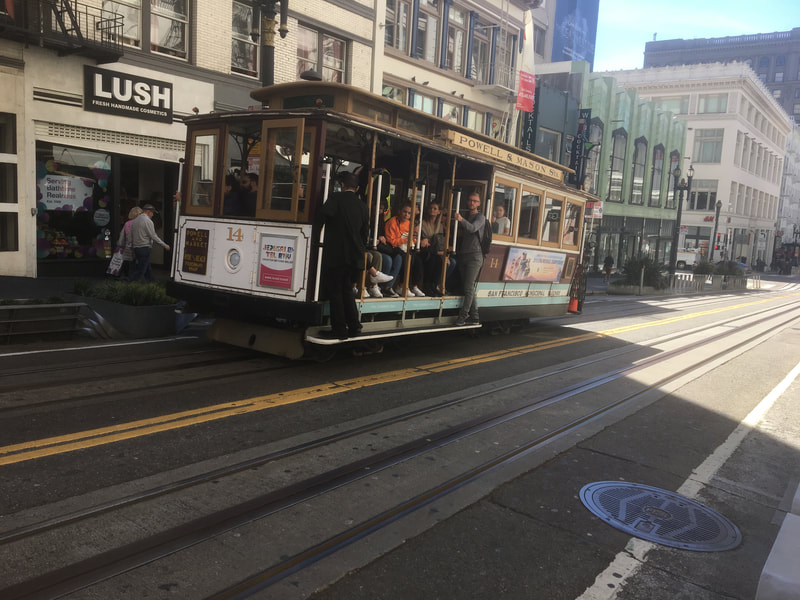 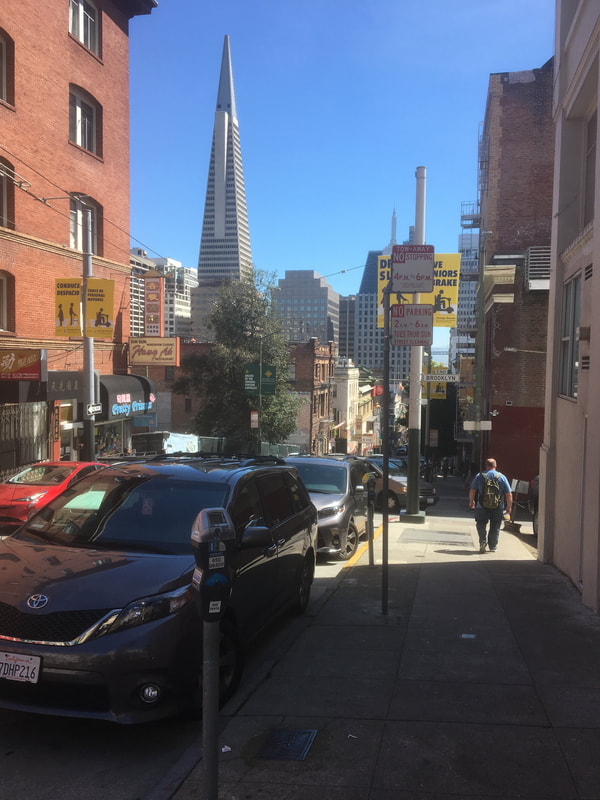 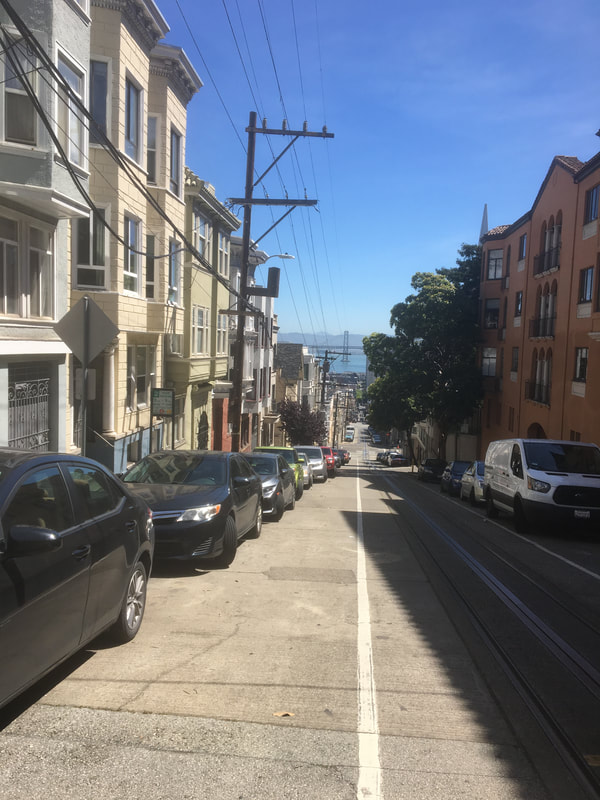 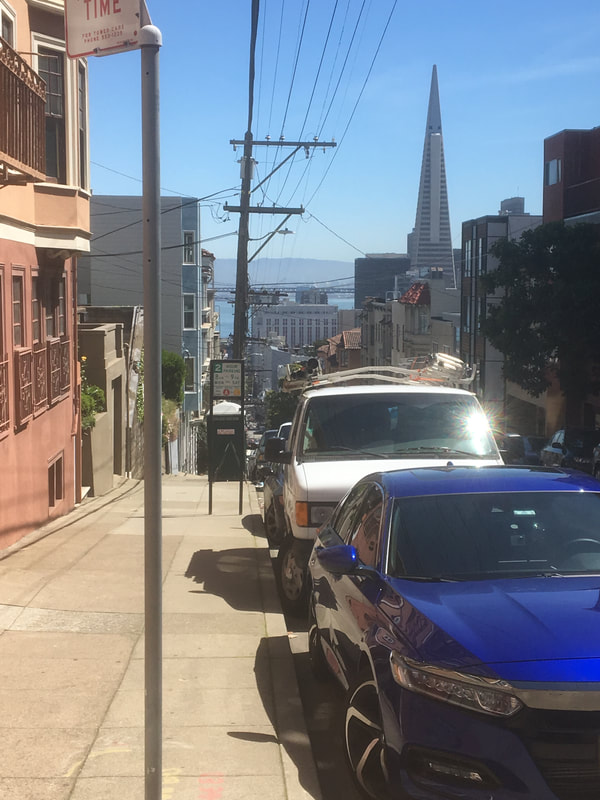 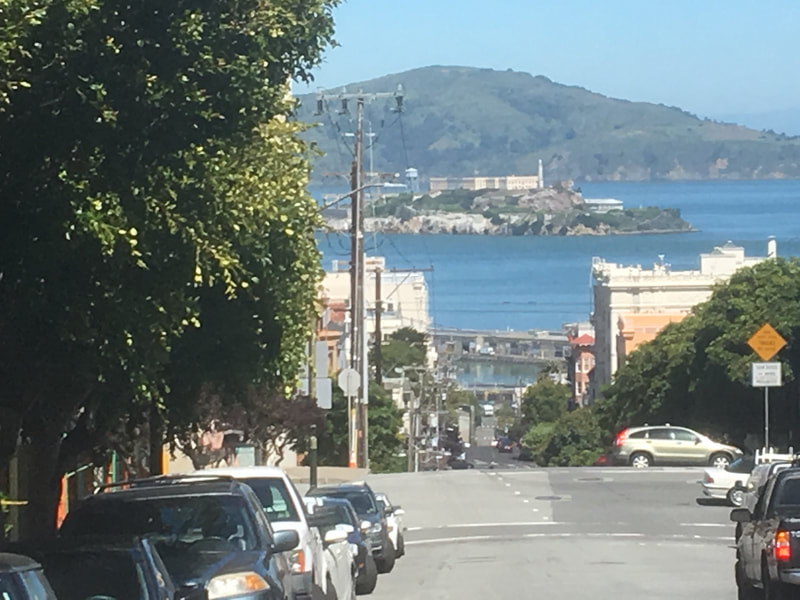 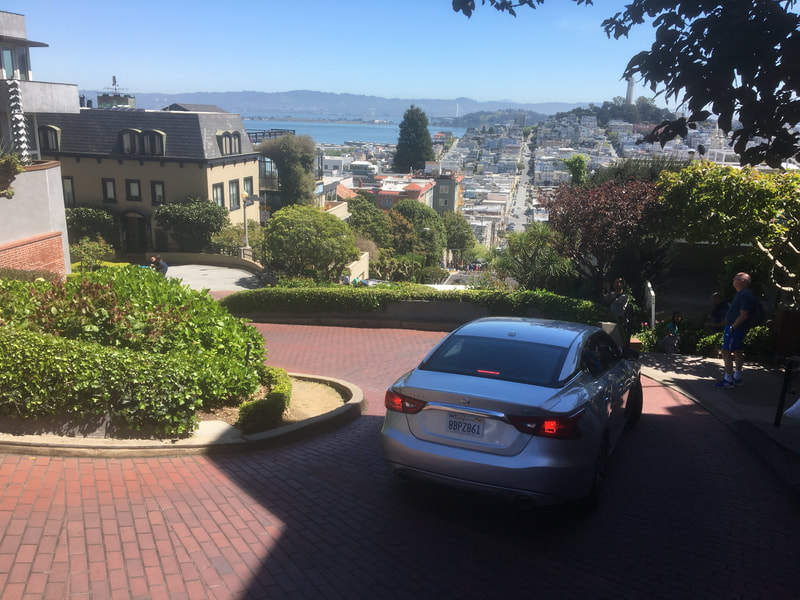 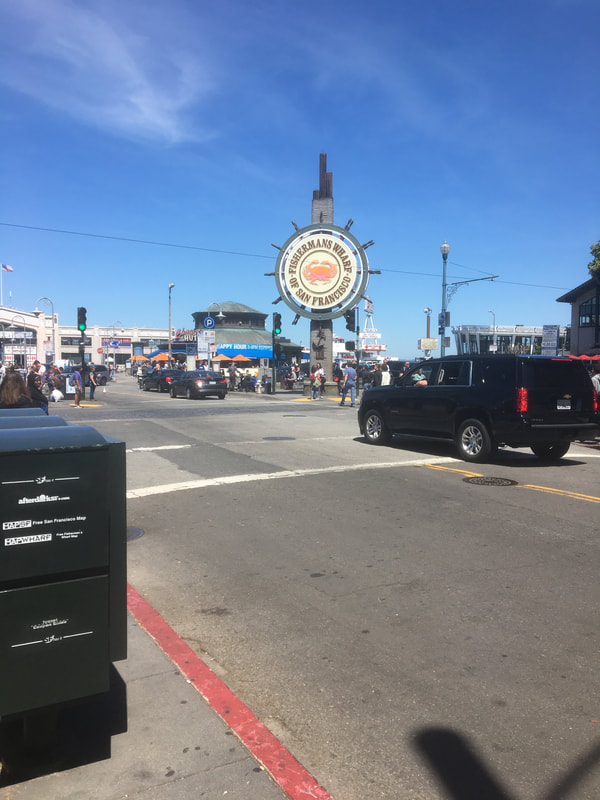 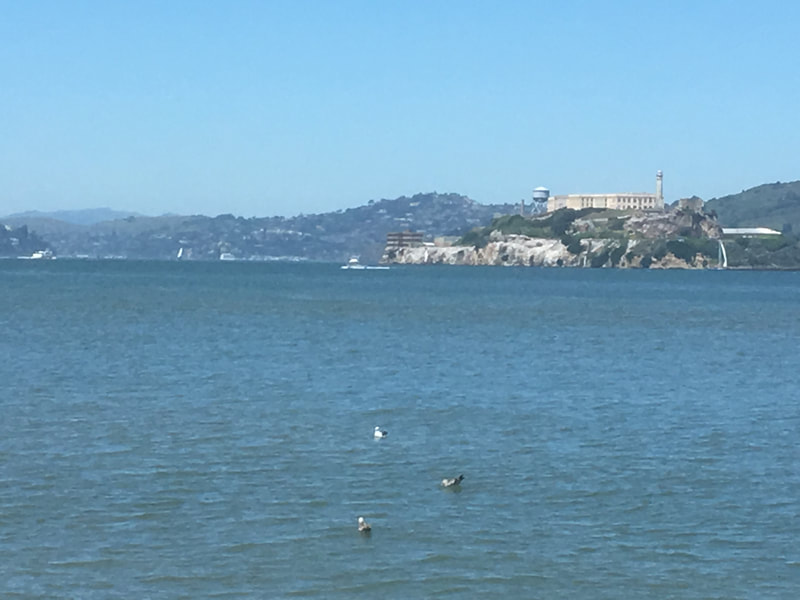 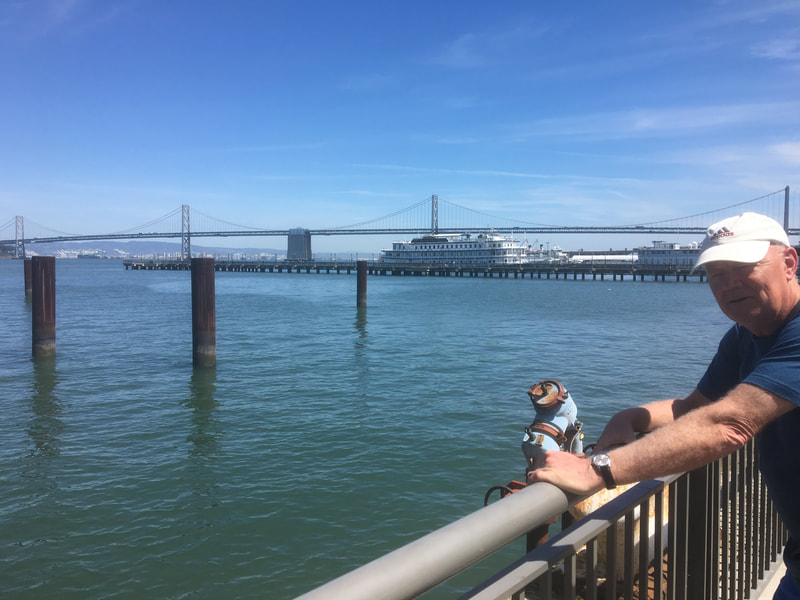