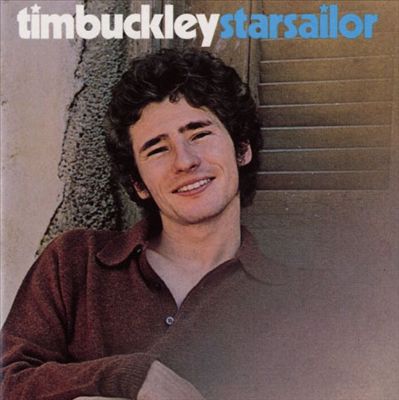 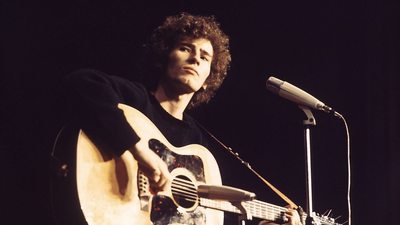 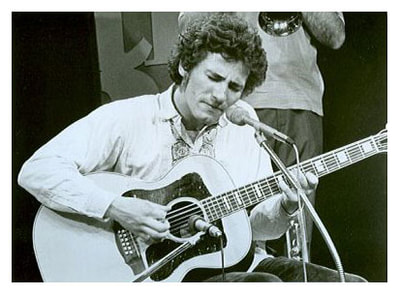 The menacing guitar and seemingly free-form melody of the opening track "Come Here Woman" gives an indication of the treats in store for the careful listener. As always with a Tim Buckley album listen to the voice dripping with emotion and intensity. Listen in particular to the way in which he sings "While wheel waters set/Now my blood yearns/Your mouth opens woman." This is raw naked emotion guaranteed to invoke an passionate response from an open mind. Of course, most people hated it when it came out. If you make three albums of such stunning beauty as "Happy/Sad", "Blue Afternoon" and (to some extent) "Lorca", your audience has to be pretty open minded to accept such a dramatic turnaround as "Starsailor". For me it was easy - this was the first Tim Buckley album I ever heard! It was only after loving this album that I progressed on to "Goodbye and Hello" and only then on to the three albums already mentioned!

"I Woke Up" is very free form and unstructured and Tim's voice is more mellow. This is a weird track (what IS it about?) and doesn't really do it for me I'm afraid.

However, "Monterey", the next track is absolutely riveting. More structured musically with an exciting guitar riff by Lee Underwood and dramatic drum fills by Maury Baker, Tim's voice soars, glides, swoops and delivers. "I have run with the damned my darling/They have taught me to lie" followed by a series of vocal tricks which are unparalleled and always define to me what it is that makes music worth listening to.

Then it's "Moulin Rouge" which I don't like because it's straight and predictable.

The last track on side one is "Song To The Siren" and everybody must know this. Of course, there's a certain type of person who will prefer the version by This Mortal Coil. That's O.K. it's their prerogative, and I love Liz Fraser's voice, but please! Have these people actually listened to Tim singing this song? Have they listened? How can I, by use of the written word, hope to convey the intensity of this vocal performance? I can't. It's just stunning. As always, it's not just the range of his voice; it's not just the emotional intensity; it's the combination. My record had a horrible scratch at the end of this track which always spoilt the silence. Now I've got the CD and there's no time to reflect when the track ends - it's straight into "Jungle Fire"

Whereas side one of the record was a mixture of different styles, side two is like one continuous piece. "Jungle Fire" starts with the free form vocal style of the first two tracks but after "You were an island behind the sun/Yes an island where my love could live and life breathes/From deep inside" an insurgent guitar riff pushes the track into another dimension. As Tim sings "I love you like a jungle fire" what appears to be a peculiar string instrument, or maybe a moog synthesizer provides more tension in the background. Repeated listening to this instrument indicates that this is really a foretaste of the next track, the title track, because this peculiar instrument is in fact Tim.

"Starsailor", the track, is definitely unlike any track you will ever have heard in your life. It's only Tim singing, but Tim singing in sixteen different voices all assaulting you at once with a piece of intense beauty. There are no musical instruments, but I never realised this until I read about it, because the mood is dark, mysterious, swirling and dangerous. Yes, I know that looks pretentious, but I can't describe it. To me this is a dangerous trip through dark, dank caverns with a surprise around every corner. Tim describes it best... "Oblivion carries me on his shoulder/Beyond the suns I speak and circuits shiver." In an interview he said "I was as close to Coltrane as anyone has come." Well, I tried listening to some Coltrane after that and although I appreciate that Coltrane was able to make a musical instrument sing, I never responded as emotionally as I do to this album.

"The Healing Festival" is next and is rhythmic yet free form for ninety seconds before Bunk Gardner plays the most outrageous sax solo you will ever hear; he plays like Tim sings - an immense range of notes and emotion. And listen carefully to that backing instrument again.

Lastly, the best thing Tim ever did: "Down By The Borderline". This song has everything. It opens with a trumpet solo from Buzz Gardner then moves into another free form riff with the best vocals Tim ever gave. Aficionados of Happy/Sad won't agree, I know and that's their right too, but listen to the timbre of the voice; listen to the intonation; listen to the inflection; listen to the resonance. I can't write about this song with any sense - it just is the most exciting thing I own.

Of course the album bombed and Tim didn't release another album for eighteen months and when he did it was nothing like this. Most people I play this to, take it personally and quickly leave. But I love it. Buy it now before it's too late. The absolutely criminal thing about this album is that it has been long deleted on CD. Someone release it quickly!
Powered by